Change is rarely popular, or easy for that matter. Mainers are experts at the old, “If it ain’t broke, don’t fix it”. And when you’re talking about something as complex and interwoven as the Casco Bay Island Transit District ferry schedules, change can seem especially daunting.

These schedules directly impact more than 1 million riders annually, not to mention our crew. They also dictate when freight and vehicles can be transported. But it goes deeper than that. The ferries deliver our customer’s mail and transport their children to school every day. They are how many commute to work and back home again at the end of the day. This, combined with the fact that the schedules have been in place for well over 50 years, explains why so many have come to memorize departure times to their islands.

Over the course of those 50 years, as the need to make changes to the schedule would arise, adjustments were made in an ad hoc fashion – one request at a time. The result? Over time our schedules have grown away from their original design and, we suspected, were no longer serving the Transit District or our customers to their fullest potential. So, the Casco Bay Lines Board of Directors decided it was time to conduct an analysis of the existing schedules to determine whether improvement was possible. 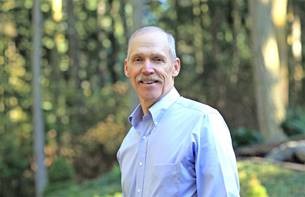 Scott is a Project Manager for the marine transportation group within the consulting firm KPFF out of Seattle, Washington. Serving in the United States Coast Guard and working for Washington State Ferries (the largest ferry system in the US), his resume includes more than forty years in the maritime industry. This guy knows his stuff. The KPFF team was selected through a competitive process to conduct the analysis and make a recommendation to the Board. With his years of experience immersed in ferry schedules, Scott was brought in to make it happen. But how does one set about such a complex task?

In addition to the goals for the project set by the Board, and operational parameters dictated by the existing fleet of vessels, regulations, and terminal constraints, Scott and the KPFF team collected public feedback through several rounds of public meetings and a public survey, and worked hand-in-hand with the CBL operations team. Taken together, all served to set the goals that guided his work. Helpful? Sort of.

“Some of these were complementary, and some were competing,” he describes. “The hardest questions were around finding ways to reconcile those competing goals.”

At this point in my conversation with Scott, I imagine there is an application or algorithm. Punch your numbers in and start formulating an answer. So, I asked him about this. And he politely laughed at me.

“Maybe I should develop that,” he says. “No. You just have to sit down with a blank piece of paper and start setting your boundaries.”

JUST IMAGINE THAT. Because it is an iterative process which demands consideration of a multitude of factors, you can’t make one single mark on that piece of paper without stopping to consider how it impacts everything else. Want to move a 4:00 PM sailing to 4:15 PM? Well, you must make sure that doesn’t push the crew over their allowable shift time AND consider how that pushes back every other sailing on that boat for the remainder of the day. Just for starters.

Scott reminds me that, while service to Peaks Island is a little more traditional (routine from point A to point B) service to the Down Bay islands is a whole ‘nother story. These routes include multiple stops and, depending on the schedule, the boat does not necessarily stop at every location along the way or way back. Throughout the process, Scott had to stop at each of these intricacies in the schedule and ask a series of questions, such as: “Why?” or “What are we trying to accomplish with this?” or “Are we using the vessels in the optimum manner?” or “What are the impacts on crew?”.

After months and months of work, initial drafts of proposed alternative schedules were released. Public feedback on the drafts was collected and used to, “go back to the drawing board” so to speak to see if additional requests from the public could be incorporated. Revised proposed alternative schedules are now available for public review. And, as they meet the most of the goals for the project, we’re super pleased with how they have turned out!

Realizing just how many hours he would have spent painstakingly moving departures here and back again, I asked Scott if he was pleased with the results so far. Did he really think, when he set out with his blank slate, that we’d ever find schedules that met all the goals? Is that a normal result to expect?

“It’s fairly rare that you can accomplish all of your goals, but in this case, we were able to increase service, meet most of the goals, and do so for essentially the same costs, when increasing service often means increasing costs. This is definitely a win-win that provides a good foundation to sustain the Casco Bay Island Transit District into the future.”

Kudos to you Scott and thanks for all your hard work! Next up, more public input will be collected prior to any Board vote.

If you’re interested in learning more about the Schedule Analysis Project, you can find additional details and view the revised proposed alternative schedules here. We look forward to hearing what you think and embracing change right alongside you!